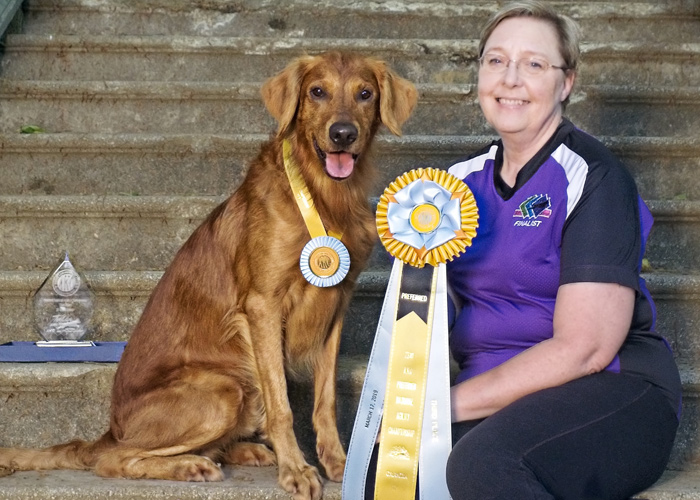 Terri credits her first Golden Retriever, Cody, with introducing her to the world of competitive dog show and training. Terri and her husband bought Cody as a puppy in 1994 and quickly realized she was in over her head and went to the local dog training school.

Since that time, Terri has had 5 more Goldens and 2 Border Collies from whom she has learned much. She has competed with them in obedience, flyball, herding but agility is her sport of choice. Her dogs have taken her to several national competitions and several trips to the finals in those events. She has made it to the podium with third place finishes with two of her Goldens Tag and Rev. She has earned championships in AKC, USDAA and NADAC on several dogs.

Along the way, as she continued to learn and grow with the sport, she has been lucky to study with some of the best instructors from all over the world. She brings to her classes knowledge she has gained from them, from the behavior work she has done and from what she has learned from years of competing and training various dogs. Terri enjoys working with teams as they learn and come together as partners.